So I’m writing a separate blog post tonight about our new home as it’s been an eventful few weeks.. I have to say, the house has been worth the wait. It took us six months to find the right place to put down some roots in and I really do love it. It’s in an area called Sabanera in Dorado and it’s in a quiet cul de sac with only four houses and we have a lovely outdoor living area. Some pictures below. Please excuse the boxes!!

We realised a couple of weeks ago that Rob was actually going to be in the States from the day after we moved for a week. So it was a bit hectic getting everything over and you would be surprised just how much we have accumulated in such  a short space of time. Thanks to Mr. Amazon!!

So we got  everything over and unpacked the essentials. The relocation company didnt manage to have our  power or water switched on, even though they had plenty of notice but nothing surprises me anymore. Rob left for Chicago and it was just me and baby for a week of unpacking.

All was going well and was relatively peaceful until I opened a drawer  in the kitchen one night to see the biggest bug I have ever seen. Ants, geckos and Iguanas I can deal with but bugs will be the death of me. I tried to spray it to kill it but it got away. After a bit of investigation I learnt that it was a Caculo, which is called a June bug in the states. It freaked the  crap out of me. So, on the phone and I had an exterminator  organised for the next morning! He came and sprayed everywhere and assured me that would be the end of it. Until the next night, when I opened the drawer again and he was back! I’m screaming and throwing the box in my hand at the floor and off I go for the bug spray again and again he gets away. A friend and neighbour came over to try and help me find him and we pulled everything again out of the presses and found him and sprayed him and still he gets away!! He’s indestructible!

So, two days goes by and I don’t see anything so I’m getting confident that I’m now bug free. Until Friday afternoon when I opened a drawer in the kitchen and found a dead cockroach. I’m not able for this! What did I do? I closed the drawer and left it there until Rob got home the next day to dispose of it. So while also trying to unpack this week, I’ve now  emptied every cupboard and washed every piece of delph, glass and utensil three times. It’s been three days now and thankfully there has been nothing else. It’s definitely a downside to living in the Caribbean.

The other being how long I spend sitting around waiting for people. If  a trademan; the pool guy, exterminator, air conditioning technician all say  that they will be  there in the am, then don’t expect them until at least 4pm and that’s if they turn up at all. It’s so frustrating but I’m getting used to the Island living. Their nature and culture is just so much more laid back. You have to roll with it!

Anyway, minus our unwanted guests in the house I love this place and I am so looking forward to it being my home while we live here in Puerto Rico. 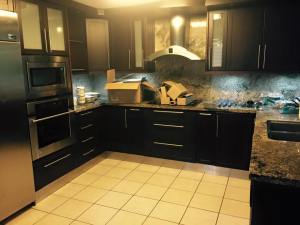 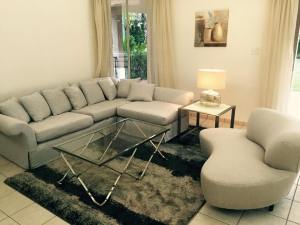 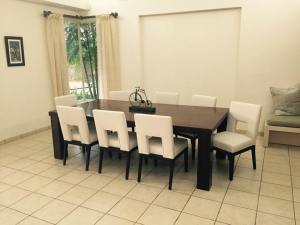 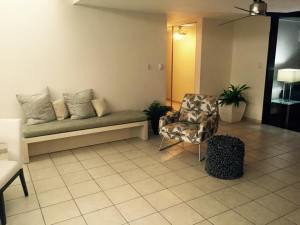 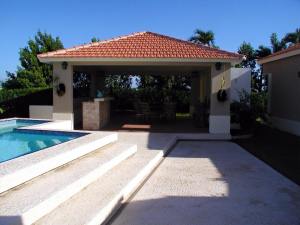 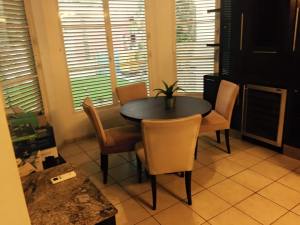 One thought on “Our new home!”