After almost two years I have learned that not much happens fast here in Puerto Rico. I should be used to it. Every once in a while something happens in a relatively easy process and I slightly raise my expectations and then I have to remind myself again that efficiency isn’t a strong point here.

Don’t get me wrong – Ireland leaves a lot to be desired at times. It’s just that sometimes it would be nice to actually achieve what you plan out to get done in a day.

Yesterday afternoon when Michael got up from his nap I had errands to run. I wanted to get a tyre fixed on my car, get some groceries and go to the pharmacy. I thought that this would take a maximum of 2 hours.

I asked around where was the best place to have the tire fixed and off we went. I was nervous going in due to my lack of Spanish. I always feel bad about this. Not everywhere will have someone that is comfortable in conversing in English and this is my problem. It’s me that hasn’t picked up the local language and I can’t expect others to constantly be able to speak English. Anyway, there was an assistant who spoke English and he was very nice. He laughed about my name and asked how long it took to get to Ireland and the differences in the climates in the two countries. He took my car keys and Michael and I took a seat to wait. We waited. And waited. And waited. Two hours later they hadn’t started my car. I had an angsty boy bored who was getting hungry. My phone battery had died from him playing games and he had already finished his snack and juice that I brought for him. We had to resort to bribery and luckily the shop part of the auto fix place had some sweets and toy cars for sale. 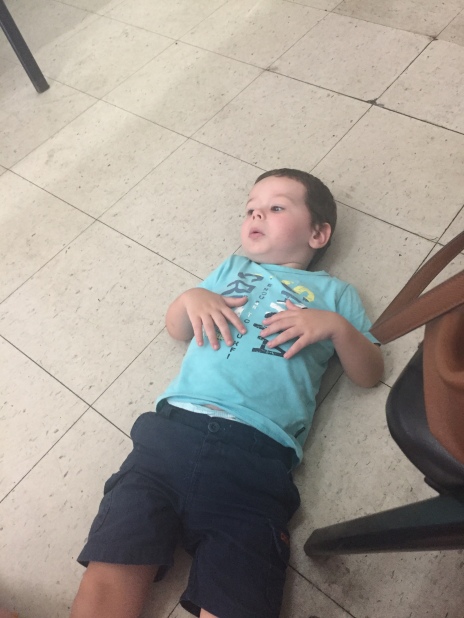 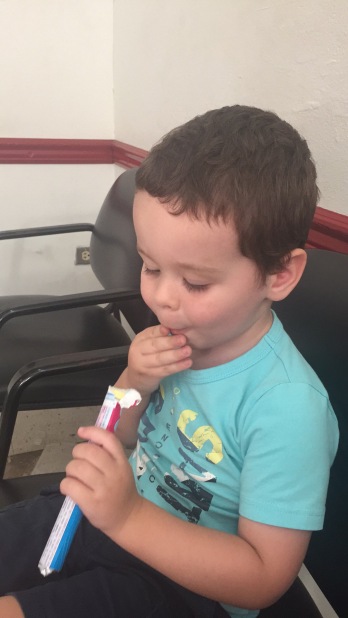 It took a total of three hours. I eventually went to ask how much longer it would take and I think they realized how long I had been waiting and went to do it. They were very nice about it and I didn’t like complaining but it is so hard to entertain a toddler for that long without being well equipped for it. By the time it was finished I didn’t have time to get groceries or go to the pharmacy as it was after 7pm and I had to get him home for dinner and bed.

I got into the car, strapped him in and was releaved that the experience was over. I got to the first traffic lights about fifty meters from the garage and the warning light came on my dashboard for low air pressure in my front tyre. The one that had just supposidly been fixed.

If I didn’t laugh I would cry!!

Tomorrow is another day to tackle the errands right?